Kirsty Merriman, (45), from Bangor is married to Richard and has three children, Sophie (14), Ben (14) and  Finn (12). She was diagnosed with breast cancer in April 2020 after finding a lump when recovering from a home-workout with her family.

A year later, Kirsty joined forces with another breast cancer survivor, Yvonne Alderdice. Along with their families and friends, they took on a chilling ‘Dip a Day’ challenge in the sea throughout April and raised over £12K for Cancer Focus Northern Ireland.

“It was a month into lock down and my children and I were in the routine of doing our daily Joe Wicks PE class. After a few too many press-ups I had sore muscles under my arms and at the side of my breast, so I gave them a rub and thought I felt a lump. Thankfully, I saw my GP very quickly and although they told me they didn’t think it was anything serious, she told me she would red flag me to be on the safe side.

A week later I was sitting in the breast and endocrine unit in the Ulster hospital. I was there on my own as we were in full covid-19 lockdown. It was very apparent early on that there was a problem, as I kept having second scans. I was then brought in for a biopsy of my breast and lymph nodes.

Once you hear the words ‘you have cancer’ your world changes and those words can never be unsaid. It was very hard sitting on my own listening to the diagnosis and all I could think about were my husband and children and how I was about to shatter their world.

I wanted to tell my husband the devastating news first and asked him to meet me in the driveway when I arrived home. By sheer coincidence, my parents arrived at the bottom of the drive, and I had to tell them from a distance because of social distancing. This was horrendous because they just wanted to hug me. Richard and I then walked into the house and told our children who were completely shocked.

The world became a little easier when I attended my prognosis appointment two weeks later. The cancer was aggressive but we had caught it early – surgery, chemotherapy, radiotherapy and tamoxifen were all in the plan to fight the cancer.

I had my surgery in May followed by 6 rounds of chemotherapy from June until September. I then had 15 sessions of radiotherapy with 3 boosters over 3 weeks during October and November.

It was horrible, and I felt so vulnerable when I had to have the picc line in during chemotherapy. However, the staff in the hospitals were amazing and it was easier going through the treatment knowing that the cancer was successfully removed and that this was preventative treatment for reoccurrence.

I felt awful for my husband who had to be mum, dad, carer, husband, go to work, and cope with the fact that I was very unwell. My children found it hard too as they had to watch me lose my hair, be sick and become exhausted. In doing so, they felt they had to try and behave perfectly while they were coping with all that was going on.

Support during my diagnosis

I walked every day, sometimes round the block, sometimes for hours on end, sometimes alone, sometimes with friends or family, but I really needed it to keep my head in the right place.

During my diagnosis I had received amazing support from my family and friends. I am so grateful to have the support of Yvonne and another friend who was going through cancer treatment at the time. I had them to talk to and to find out that what was happening to me and how I felt was normal in the situation.

However, not everyone has this kind of support, especially at a young age. I think a support group would be invaluable to people who don’t have anyone they know going through it, especially young women, as it can be very isolating even within a loving community.

They can discuss how their immediate families are coping and how they feel about bringing the diagnosis into the home. It would also be beneficial for the practicalities that you don’t prepare for such as, where to get nice headwear, what products others are using and what food they are eating during treatment. I was extremely lucky to have received that kind of support from my close friends. For others, to have that available through Cancer Focus NI, so you know where to go and how to get help, will be incredible for anyone else who has to go through what I’ve been through.

My children were very lucky to be supported by the cancer fund for children throughout the this time. They were offered the chance to take part in group work sessions with counsellors and we enjoyed a weekend at Daisy lodge which was a fabulous experience and a great respite for us all.

I am so thankful for every new day. I will always live with the fact that I have had cancer and even though the medication has taken its toll on my body, and I feel like it has aged me, it had also made me appreciate what I have and take pleasure in my day-to-day life.

My message to young women and men is, please make sure you check your bodies no matter how young you are. For those who may have to go through the cancer journey, say yes to all help and try and find others who are in or have been in similar situations and talk to them. Don’t be afraid to let people know how tired and poorly you are. Please be kind to yourself and your body – quite often the mind is willing, but the body is not quite able.” 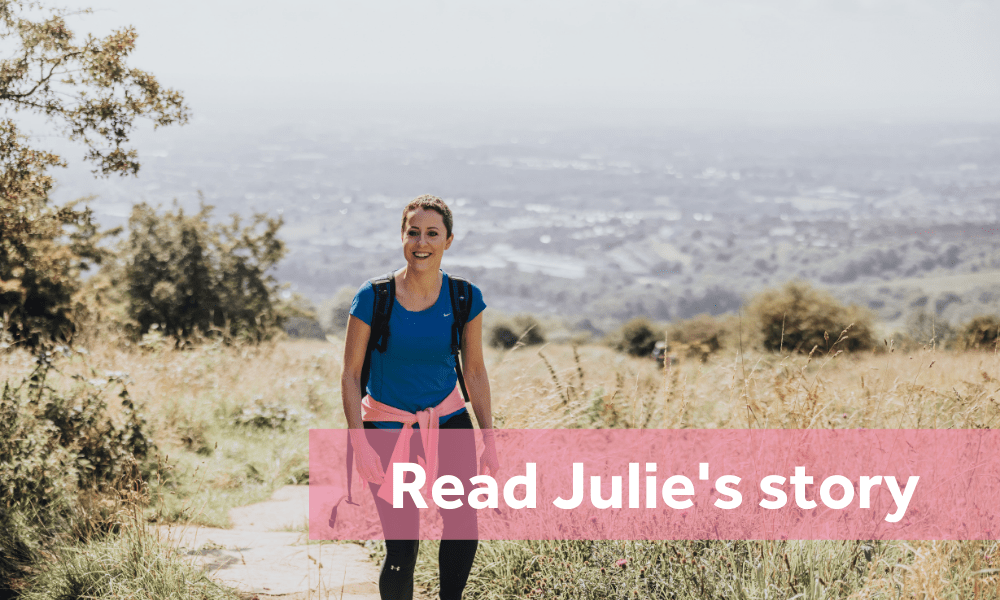 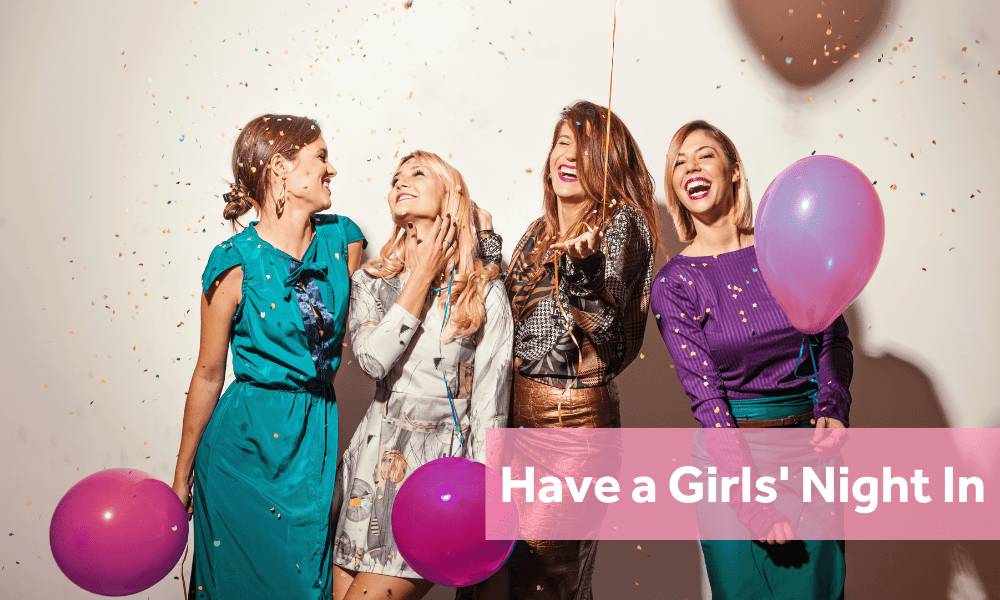 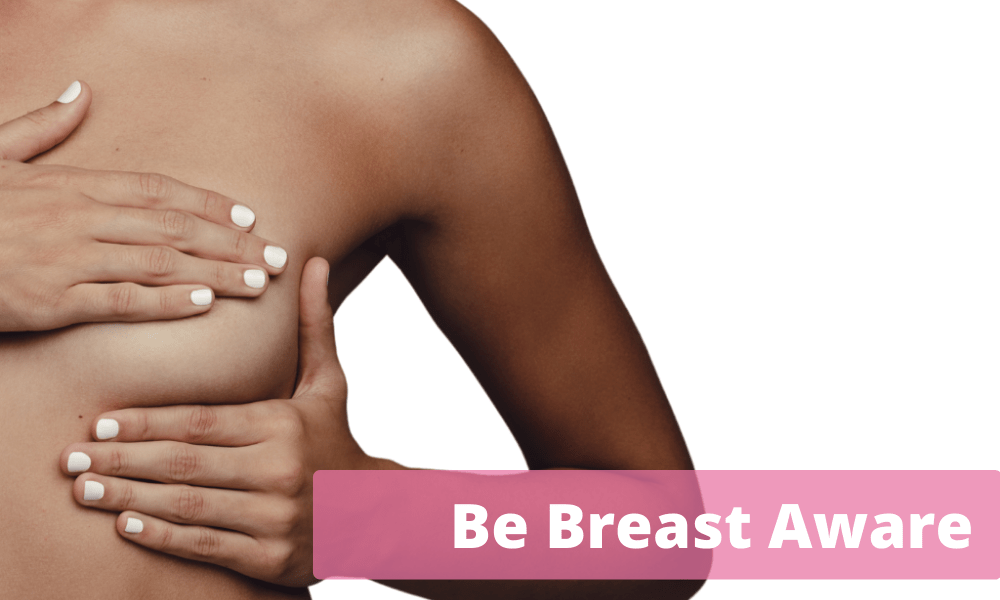 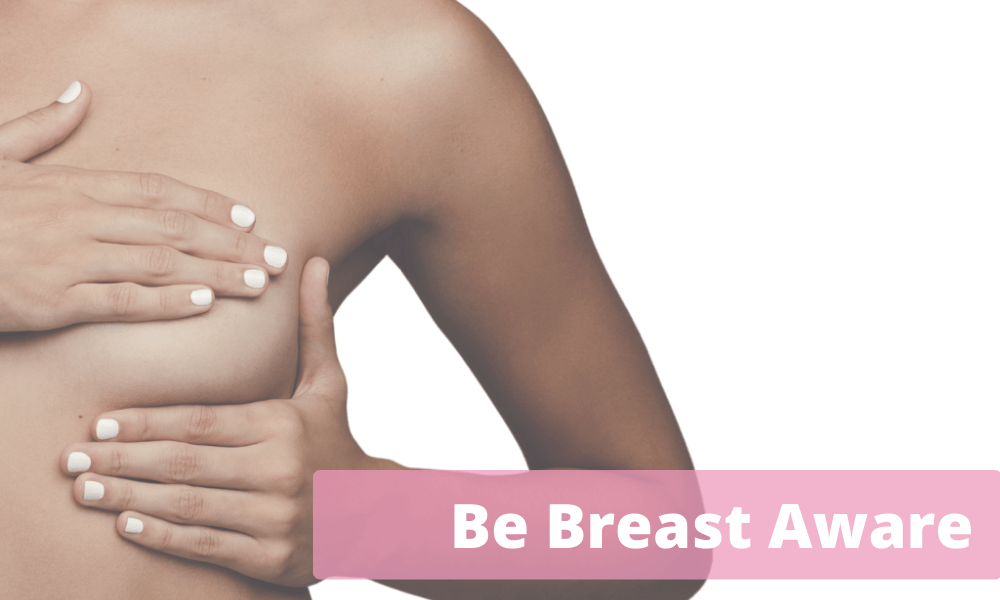 Have a Girls Night In!