Belfast mum Kylee Murphy wants to alert other young women to the signs and symptoms of thyroid cancer in September – thyroid cancer awareness month – after getting a shock diagnosis earlier this year.

The 29-year-old has just completed her treatment and is waiting to find out if it’s been a success. In the meantime, she has asked Cancer Focus Northern Ireland to help her make other people more aware of the disease.

Kylee first realised something was wrong when she discovered a lump in her neck in February but at first she thought it was the start of a cold. Luckily she mentioned it in passing to her GP while on a routine visit with her two-year-old-son, Theo.

Even after tests, it never entered Kylee’s head that the lump, which was the size of a marble, could be anything sinister, so she was totally unprepared when she was told in June that she had papillary thyroid cancer.

Not only had she never heard of thyroid cancer before, but she was surprised to learn that it mainly affects young women under the age of 45.

“People tend to think that cancer only affects older people, or people who smoke or drink too much, or who are obese – but no one is immune. I don’t drink much and I don’t smoke, and I’m only 29 – I never expected this,” she said.

“It was such a shock. I was in a bit of a daze as I walked out of the doctors and into the park where Conor and Theo were waiting. I just stood and watched my husband happily pushing my son on the swing and I thought ‘How do I tell you I have cancer? We are only married four years, and Theo is only two, and I am going to ruin your whole world’. That was the most difficult part for me, telling Conor.”

She also had to break the news to her parents, who had just got back from holiday, the next day and they were naturally devastated.

Kylee’s consultant at the Royal Victoria Hospital was hugely reassuring. “He took so much time to explain everything to me and he said that, while I had a rough road ahead with surgery and treatment, that he was going for a cure.

“He said he would do everything to fix it. I went into his office in the depths of despair and came out walking on air and for the first time thinking ‘I can do this, it is going to be fine’. He was wonderful and very reassuring.”

Kylee underwent 10 hours of surgery at the Royal on June 30 to remove her thyroid, when it was discovered that the cancer had spread to the other side of her neck.

“I have a scar going from each ear across my collar bone, which was difficult for me to deal with. I am not vain but I just kept thinking ‘I am only 29 and I am disfigured now’, and that was difficult,” she admitted.

Kylee chose not to see Theo during the seven days she spent in hospital after her operation, and that was an agonising time for her.

“I’d never been separated from Theo before and that was the worst few days of my life. I really missed my son but I didn’t think that the hospital was the right place for him. For the first few days, I couldn’t move and was in pain, with lots of drains and drips, and I didn’t want him to see me like that,” she said.

“After having surgery it was difficult not being able to drive or shower myself but I am lucky that I have a very supportive family who have made it bearable,” she added.

Kylee recently had radioactive iodine treatment at Belfast City Hospital to kill off any remaining cancer cells and was held in isolation for the first three days after the treatment, with no physical contact with anyone. Then she had to spend a week living with her granny as she wasn’t allowed any contact with her young son due to the radioactivity.

It will be four to six months before Kylee knows if the treatment is a success – and if not, she will have to undergo it again. She remains optimistic, though.

“I’ve done my fair share of crying about it and being angry about it. Theo is the best possible reason to get up in the morning. I think if he wasn’t here it would be very easy to go to bed and feel awful about it, but he is my reason to get better.”

Kylee strongly urges other young women to be aware of thyroid cancer. “If you found a lump in your breast you wouldn’t hesitate to get it checked out, but most people finding a small lump on their neck would, like I did, assume it was nothing. But if my story persuades just one person to go to the doctor immediately they find a lump in their neck, then that will make it worthwhile for me.”

If you have any concerns about cancer call the Cancer Focus NI free helpline on 0800 783 3339 and speak to a specialist nurse.

Thyroid cancer is a rare type of cancer that affects the thyroid gland, a small gland at the front of the neck, just below the voice box (thyroid). Symptoms may be vague at first because thyroid cancer grows very slowly.

The most common symptom of thyroid cancer is a painless lump or swelling that develops in your neck, which gradually gets bigger.

Other symptoms only tend to occur after the condition has reached an advanced stage and may include:

If you notice a lump in your neck, or any of the above symptoms, you should see your doctor as soon as possible. However, most thyroid swellings (or goitres) are benign (non-cancerous).

For more detailed information search for thyroid cancer at www.cancer.ie and www.nhs.uk. 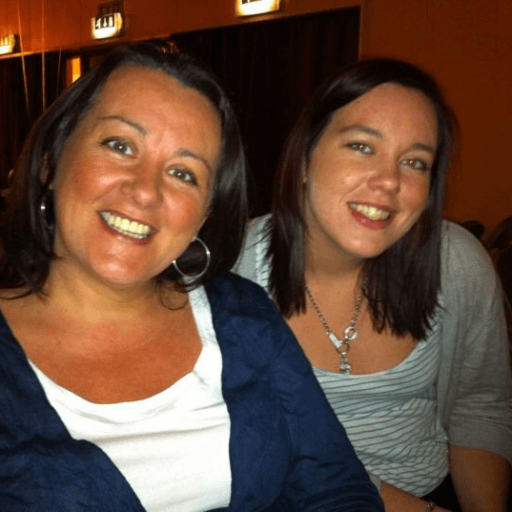 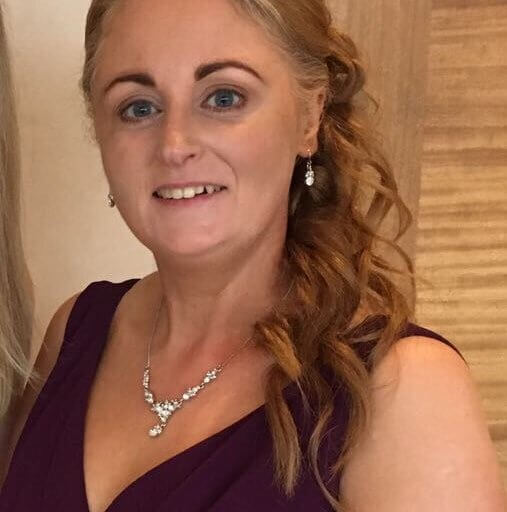 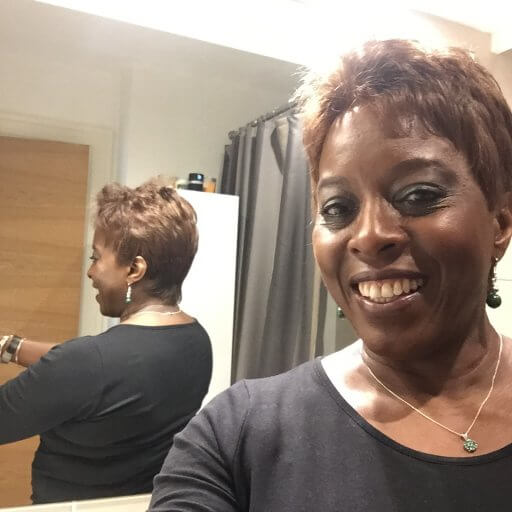 Denise Patrick tells why research is important to her