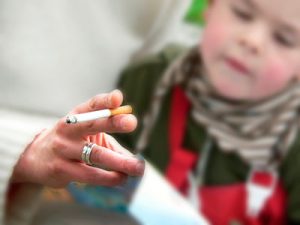 The charity said the announcement was a major positive step towards a tobacco–free Northern Ireland and to improving the health of under 18s.

Northern Ireland is the last region in the UK to make the move. England and Wales implemented the ban in 2015 and Scotland and the Republic of Ireland in 2016.

Richard Spratt CEO at Cancer Focus NI said: “Cancer Focus NI has campaigned on tobacco issues for more than 50 years and we have a vision for a tobacco-free Northern Ireland by 2035. This is a positive move in the right direction.

“In the near future we would also like to see smoking stubbed out wherever children play or learn including playgrounds, public parks and theme parks.

“We have already protected adults in workplaces and public places form second-hand smoke. It is high time we gave our young people the same protection. We also know that children who regularly see adults smoke are more likely to try smoking. We firmly believe that this move could help protect children’s health and reduce their perception that smoking is normal behaviour.”

Mr Spratt added: “There are 2,300 deaths caused by tobacco in Northern Ireland each year with thousands more affected by cancer, respiratory and other smoking related illnesses.

“Most smokers start while they are still children. It is vital that we can take every step possible to try and protect yet another generation from this deadly product.”

Several tobacco control measures aimed at preventing young people from taking up smoking have been introduced in Northern Ireland in recent years. These include banning sales of tobacco from vending machines; introducing a ban on the display of tobacco products in shops; tougher sanctions against retailers who sell tobacco to children and young people under the legal age; standardised packaging; and a ban on the sale of cigarettes in packs of ten.

In addition, government investment in specialist stop smoking services, including Cancer Focus NI, has resulted in over 600 such services being made widely available.

Mr Spratt said: “The health risks of exposure to second-hand smoke are well established and in the Northern Ireland it has been against the law to smoke in vehicles used for work since April 2007.  Levels of second-hand smoke in cars can be extremely high because of the restricted area in which the smoke is circulated and can reach levels far higher than those experienced in buildings.

“Smoking places an enormous cost on our health services and has a detrimental effect on our economy and society via avoidable illness, lost productivity and premature deaths. Raising awareness of the dangers of second-hand smoke to children will improve the health and economy for all in our society especially the most deprived and children.”

All Party Group on Cancer – cancer patients’ battle against COVID-19