Lee Foster, from Belfast, works at Veolia. With help from Cancer Focus NI he had finally stopped smoking.

“I’ve tried many times to stop this horrible habit over the years and maybe got three or four days in before giving up with the same thought in my head, ‘If I can stop for four days, I can stop anytime I want, #onlyfoolingmyself! 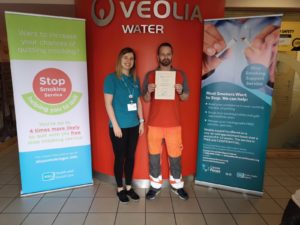 I just couldn’t get past those few days. Maybe it was because I always tried to go cold turkey with no assistance or nicotine replacements.

My workplace invited Trudy Barnes from Cancer Focus NI in for a 12 week programme. After an initial collective meeting to gauge our interest and commitment, a few of us at Veolia signed up to give it a go and see if they could really help us … at the end of the day there was really nothing to lose.

Within two to three weeks the two old timers of the group, the two who had smoked the longest and most frequent, had astonishingly stopped, putting us (slightly) younger lads to shame. They set the benchmark.

It took me three to four weeks before I stopped and the cool thing was there was absolute no pressure from anyone, especially Trudy. She just kept saying whenever you feel ready to pick a quit date then that’s the date we’ll go for. This made everyone feel more relaxed and alleviated the pressure a lot.

I gradually reduced my smoking as I got nearer my chosen date. I’ve got to be honest, the first week off them was the hardest. I either dreamed things that you’d only find in a Stephen King horror or I’d be eating a smorgasbord of crisps, chocolate and sweets at three in the morning.

Knew it would be tough

I knew it’d be tough but this was harder than expected. Don’t get me wrong, other lads just eased through it but everyone is different. I was a mess, and fatter at that.

The second week was much easier. Trudy checked in on us every Tuesday to see how we were doing and to give us our nicotine replacements – the lozenges and the inhalator were a great help.  She also offered kind words of support.

Proud to be a quitter

It was definitely more beneficial doing it as a collective group because we helped each other when it was tough, encouraged each other all the time and the banter was mighty too, which kept us going. We didn’t want to let each other down.

I’m so proud of all the lads that took part and I’m especially proud of myself. Everyone looks far fresher, healthier, more energetic – seriously, it’s quite unbelievable that we all did it.”

Make March your month to quit! 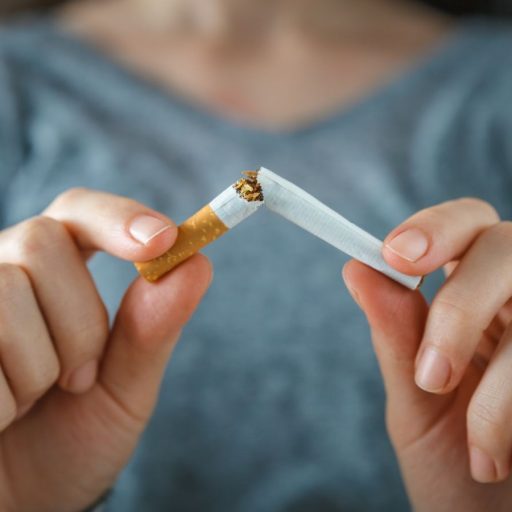 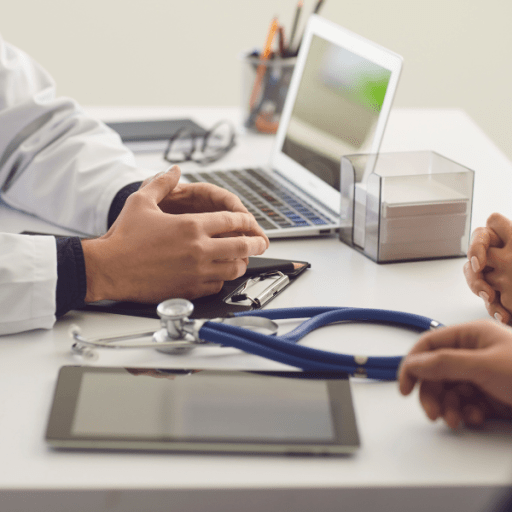